"There are two ways of spreading light; to be the candle or mirror that reflects it." Liter of light is a project which has truly established this saying. This project involves neither any renewable energy source like solar panels or hydroelectric power nor any electricity source to light the house of the poor. Rather it has devised a way of putting the most non-degradable waste matter 'plastic' to produce something clean and renewable.

The story of Liter of Light began in the Philippines when a telecommunication manager Illac Diaz was so  moved to see the plight of the people in the storm hit areas that he left his job and studied about rural and urban planning in MIT. He set up the MyShelter foundation and initiated its project Liter of Light.

It just uses a litre bottle of water which is inserted into a hole in the roofs of the houses. The water refracts the sunlight spreading it around the room providing the same level of light as a 55 watt bulb.

This carbon free alternative source of energy has already brought light to 28,000 homes in Manila. It has made its way to Switzerland and Colombia and is planning its way to U.K. By 22nd April,2013(Earth Day), the project's target is to install 10,000 solar bottles in 100 locations in Philppines and ten other countries.

A Wave of Revolution

Education has become the most easily cash-able business today. While the government plans for free primary education for the poor and handicapped children is a complete failure, the admission packages of the private universities soar high in the sky. In such a situation, the option for open online courses is a great relief for the aspiring students.

Channeling incredible hope for the future, these massive open online course(MOOC) programs have been developed by Stanford and The Massachusetts Institute of Technology and by companies like Coursera and Udacity. Today they have 2.4 million students, taking 214 courses from 33 universities, including 8 international ones. Even M.I.T and Harvard are jointly building a non-profit MOOC called edX.

These classes on circuits have immensely benefited the children suffering from autism who don't have to strain their social behavior or face attention deficit. These courses not only provide a blend of finest lectures from erudite lecturers with a less expenditure but also enables its members to keep in sync with the world and worldly affairs.

This wave of revolution has started well and is expected to benefit people from all parts.
Posted by Anonymous at 06:11 No comments:

Worry does not empty tomorrow of its sorrow, but it empties today of its strength. A happy tomorrow was quite impossible to imagine, the efforts were for making their today better. And ultimately the first step towards success was taken.

Seven-year-old Cayden Long has cerebral palsy and can't walk or talk without help. But his dream of becoming a sportsman has now been fulfilled by his nine-year-old brother Conner Long. Conner and Cayden have participated in triathlons together. Conner pulls Cayden in a raft while swimming and in a trailer as he bikes ahead and then further pulls the trailer to the finishing line.

Conner's perseverance and love for his brother has been recognized by Sports Ilusrated Kids magazine that has won them the title of Sports Kids of the Year  In an interview with the Long family, Conner said-"If people would race with people who cannot walk or talk, or who have any kind of autism, it might open the eyes of (those) who don't really care about it."

It has rightly been said that Child is the father of Man and the wise love of the Long brothers clearly illustrates this. Their dream of hoisting the Team Long Brother's flag on the moon will come true soon not by magic but by their determination, sweat and hard work.

Posted by Anonymous at 05:47 No comments:

Nature does not admit lie. Man seems to have started understanding nature's callous attitude which comes forth when it wears away its compassion and motherhood. Awareness is spreading gradually and man has started taking initiatives. California and New York both are there on their pace in the run towards making a change.

In California, population growth and associated coastal development have caused loss of 90% of wetlands. But the optimism spread by a single positive act has capability unbound to nullify a negative one. People there have called off a day as California Coastal Clean Up Day , an annual beach and inland waterway cleanup event as per the California Coastal Act passed in 1970s. It goes well with its slogan "Every piece of trash you remove reveals something beautiful".

While California walks ahead, New York (The Big Apple) is no way behind and the initiative has been taken by Paula Segal. She is on a mission to connect city dwellers with their vacant lots in their lives and on their street corners. She discovered 596 acres of public sites barren in Brooklyn alone and she has made out the difference in just 18 months by embellishing 65 different lots with beautiful gardens.

These non-profit projects have created their own effect for nature is an effect whose cause is God.
Posted by Anonymous at 06:58 No comments:

The Most Elegant Bonding

Freedom in art reflects freedom in society. And now as art has come forward to the rescue of social causes, the bonding between them stands as the most elegant and meaningful one.

The all-time active and dedicated animal rights activist Maneka Gandhi has been collaborating with prominent artists and hosting exhibition-cum-sales to raise funds for animal protection and care. Members of People for Animals(PFA) have also been cooperating in all possible ways. Even the press and other like minded people and organisation like some veterans, Amul and RWITC have been very supportive.

These sales have been held every year for the past 20 years. The lithographic sale held last year in July, 2012 had earned lot of attraction of the Mumbaikars and proved to be very successful in its purpose. The economic prices and the beautiful art work on household things like carpets and mugs offer a great opportunity to grab by the young people setting their new houses at affordable rates.

These sales serve the dual purpose of spreading awareness about the plight of animals as well as serves the desire of the people to buy authentic and unique goods.These genuine art collections definitely owe great appreciation for marrying art and social causes together for a blessed purpose.
Posted by Anonymous at 09:46 No comments:

At this moment Graph Search is the top trending topic on Twitter. Facebook has taken its first step to directly challenge the Google empire. 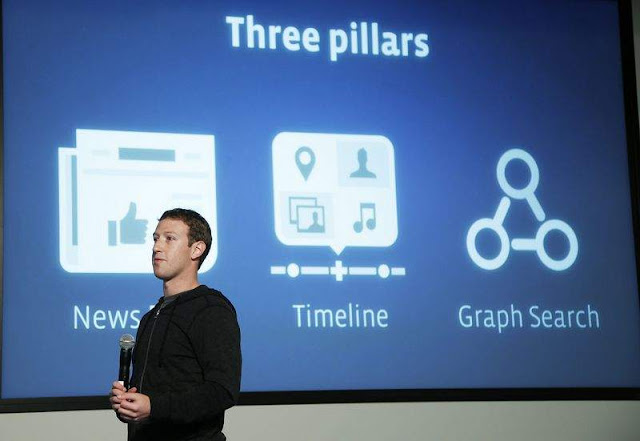 According to Facebook...
"With graph search you can look up anything shared with you on Facebook, and others can find stuff you’ve shared with them. Each person sees unique results."

Get introduced to Graph Search: www.facebook.com/about/graphsearch
Posted by Unknown at 23:21 No comments:

The saying has been proved to be very true indeed by a nurse called Martha Keochareon. Ms. Keochareon, 59, is presently suffering from pancreatic cancer and lies down on her bed in her small house.

In spite of suffering from insurmountable pain, she felt to serve the last job of a medical practitioner so far. She called up the students from Hoyloke's Nursing College and introducing herself said, "I am wondering if you'll need somebody to do a case study on, a hospice patient." Her intention was to let know the students what a tumor feels like and all about hospice care that aims to help terminally ill people die comfortably at home.

The response from the college was also good as shortly Ms. Keochareon was made glad by the visit of two young students with intriguing questions and curious brains.

So even as she was counting her days, she offered herself as an instructor in caring.
Posted by Anonymous at 22:58 No comments: